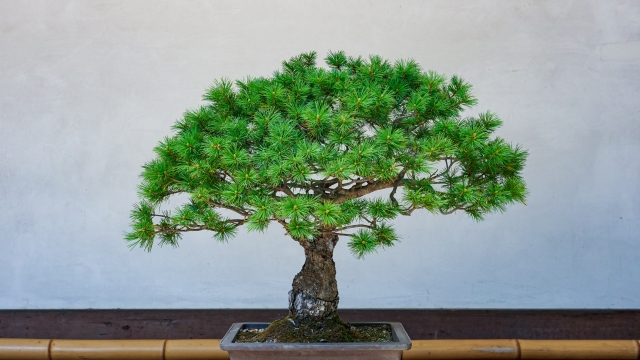 This time, I would like to talk about Bonsai in Japan.” Bonsai is a unique hobby of planting trees, grasses and mosses in pots and appreciating their appearance. Bonsai reflects the unique aesthetic sense of the Japanese, and is completely different from the sensibility of gardening in Europe and America.

Perhaps it is because Japanese people have a slightly different sense of looking at the landscape than Caucasians. Originally, there were no parks in Japan. Nature existed within the home, and there was no need to share it with others as a public thing. I feel that assimilating with nature, rather than dominating it, is an ancient value of the Japanese mind. Bonsai is the symbolic expression of this Japanese aesthetic sense in a pot.

Just as Europeans, Americans, and Japanese may take a picture of the same landscape, but it will be completely different, so too will the music be completely different depending on the ethnic group. Unfortunately, for the past 100 years or so, Japanese people have been copying American and European politics, economic systems, and even culture in everything they do. Most people think that their country, Japan, is a developed country, and even at the Chopin Competition the other day, they make a big deal when someone plays the piano like a white man and wins a prize.

But on the other hand, there are many people who are trying to protect the ancient Japanese tradition.

Bonsai is also changing slightly compared to the past. There used to be no such thing as small bonsai, but nowadays there are small potted bonsai. (laughs) It seems that Japanese bonsai is becoming popular in Europe as well, and there was a special program on TV about it.

When I see European people’s bonsai on TV, as a Japanese, I think it’s a little different. However, I think that if the bonsai has European characteristics, it will have a good flavor.

Actually, I had a really small bonsai in front of my house, but it was stolen one day. (laughs) Too bad. They stole my bonsai, but they didn’t steal my music! My music is only in my heart.

Would you like to listen to my music like this! I believe that the Japanese sense of beauty is quite full of it.(laughs) It’s not like the recent Japanese music I mentioned above, which has only been copying American and European music! Listening to my original songs while gazing at the bonsai trees is soothing.

Don’t just listen to English songs, let’s listen to Japanese songs once in a while! After all, multi-ethnic coexistence is the most important thing in the world right now.

Music is now available. If you have any questions, please email me. I’m looking forward to hearing from you.

Music is being distributed