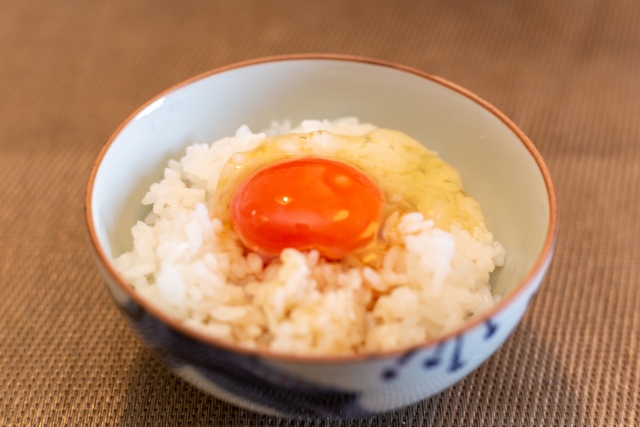 Well, this time I will explain my original song for the first time in a while. This is the first song “Egg” in “YUKIO”, a guitar-playing narration. Again, it’s a story of food. (Laughs) I shouldn’t have been so messed up, but … (laughs).

This song was composed when I was a teenager and is the oldest song in my original song. It may sound simple, but it’s surprisingly difficult. I was worried for many years because I didn’t understand the interlude part.

The content of the lyrics is, roughly speaking, the beginning song. My musical life began with this song. The shell of the egg broke and the contents overflowed.

Well, here is the story of this time. How do you eat the contents of this egg? bake? Boil? I think there are many ways to cook around the world. I’m Japanese, and in fact, there was a Japanese way of eating eggs. Don’t be surprised.

Eggs are eaten raw without being cooked. The Japanese love raw eggs. Wow!

You break an egg, sprinkle it with soy sauce that Japanese people love, mix it with chopsticks, and sprinkle it on rice to eat. Wow!

This simple way of eating is the eating habit that Japanese people have continued for a long time. (Laughs) Especially as the season gets hotter, I want to eat soy sauce rice with raw eggs. Wow!

Why don’t you eat raw egg rice while listening to my original song “egg”? The bones of your chin may come off because of the deliciousness. (Laughs) However, one thing to note. Eating raw eggs will hurt your stomach and cause diarrhea.

In such a case, please be patient until the end of my song before going to the toilet. That’s it. Wow!

This is my breakfast. There are also 5 items in all, natto introduced last time. After that, rice, miso soup, sardine grilled fish, tomatoes and eyebrows. Well, it is a general Japanese breakfast.

It’s fried egg and tomato. Japanese basically eats only one egg per meal.

Natto that came out last time also. I will eat it over rice.

The hometown of the Japanese people. It is rice.

I have to have miso soup with rice. Our house is seasoned with white miso, which makes it rather tasty because I have high blood pressure. There are red miso houses in other parts of Japan.Today is a carrot and mushrooms, but it changes everyday.

And Japanese eat with this chopsticks.

The breakfast my wife has made is delicious and good for your health. Would you like to come to Japan and eat together? Well, that’s a joke, I also have a song with a meal theme. With the song “SERENADE FOR THE DINNER”, the contents of the song lonesomely with the lonely meal, is to remember the old girlfriend while listening to the serenade. After all the meal you want to have fun while talking to your own wife and children.