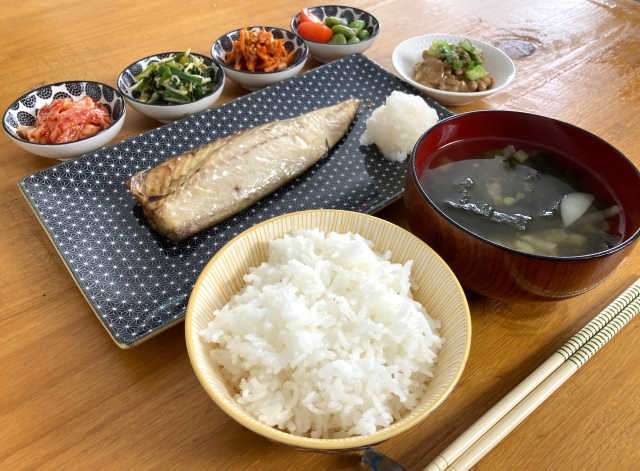 Grilled mackerel with soy sauce, served with rice and miso soup, is the best way to enjoy it. It is not the way to eat mackerel mixed with olive oil, etc. LOL!

As you know, Japanese people love fish and will eat anything fish. Because of this, they are very picky about the taste of fish. You wouldn’t know the difference between mackerel and horse mackerel. Akinata fish has a longer body than mackerel and horse mackerel. You probably don’t know that. The bonito caught in spring is called “Haru-katsuo” and the bonito caught in fall is called “Modori-katsuo”. Eating fish is also a way for Japanese people to feel the seasons.

However, the price of fish has been gradually rising in Japan, and eating fish is now more expensive than eating meat. However, the other day I saw a report on TV that a grilled fish set meal at a Japanese restaurant in New York costs 5,000 yen ($40) due to the recent inflation.

How is it possible that a grilled fish set meal costs 5,000 yen ($40)? I thought I would rather eat a high-class French meal. I am sure that not only I but every Japanese would like to see a New Yorker’s face eating a $40 yaki-fish set meal.

The Japanese are fussy about fish. LOL As one would expect from the birthplace of sushi. LOL But actually, I am an eater and can’t cook fish. I can’t cook fish, but I can sing Japanese songs that don’t sell.

Would you like to listen to my original song as background music while eating grilled fish set menus? I’m sure it’ll whet your appetite. Of course, I’ll keep it cheap, not priced like a restaurant in New York!

Just make sure you eat it with soy sauce. LOL!